Before I get too far into this article, I have to give two acknowledgements. The first is to my dad for giving me the idea of this article, because I know if I don’t give him a shout-out, I’ll never hear the end of it, so if you’re reading this, Hi Papabear!!! Secondly, I would like to acknowledge all the boys that have lost their sweatshirts to me. Whether it be an ex-boyfriend, a FWB, or just a guy I’ve fooled around with, thank you for your service and accepting that once I take one of your sweatshirts, you’re never getting it back. Sorry, not sorry.

Now that we’ve gotten the formalities out of the way, let’s talk about something that any girl has dealt with –what to do with the stolen sweatshirt. We’ve all been there. Gone home with someone from the club, and then the next morning, needed to borrow a hoodie to wear during the Walk of Shame Fame. Or, you’ve stolen your boyfriends’ hoodies to wear around campus so that everyone knows you have a boyfriend, but then once he becomes your ex, you’re stuck with his sweatshirt from overnight camp and you don’t know what to do with it.

If you haven’t noticed from the tone of the article this far, I am a bit of a sweatshirt bandit. My closet has its fair share of male hoodies hanging there, with the names of their previous owners on the back with ironed on name tags. In some weird way, they’re kind of like trophies? NHL players get the Stanley Cup, and I get sweatshirts. Cool.

Now you’re probably wondering, “Hunter, what do you do with all of those hoodies?” Well that, dear reader, is a great question. My best friend tells me that I can’t wear them in public, too bad for her, I just Instagrammed wearing one of them. Normally, I wear them around the house when I’m having a lazy day, where my dad will look at me and ask whose sweatshirt I’m wearing even though there’s some bad vibes associated with the hoodies and their old owners. 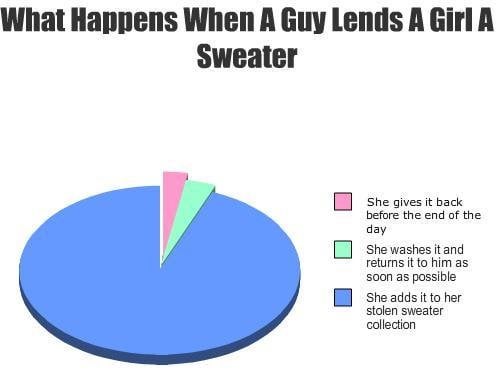 However, there are other options at your disposal. Other than wearing it when you shouldn’t be, you could also burn it, if that’s more of your vibe. Contrary to popular belief, I’m not that petty, and I (somehow) haven’t burned any. If you want to get rid of any negative experiences associated with the hoodie, or you just like burning things, this may be the option for you. You could also donate it, and try to get some good karma because you probably did some not-so-good things when you acquired the hoodie.

I know that the most normal thing to do would just be to return the sweatshirt, but for one, I am not the most normal; two, it’s more fun this way, and three; that would come with a whole host of problems.

First, you have to reach out to the guy whose sweatshirt you have. Maybe it was a bad breakup, maybe you met out one night and never got his number, or maybe, he blocked your number after you texted him 20 times and called him 21 times when you were blackout. Once you’ve passed this stage, you then have to make plans to meet up. I always recommend meeting up in a neutral place like Starbucks – it reduces the length of the interaction, it reduces the chance of a screaming match, and it reduces the chance of fucking again, you know, because it’s a public place. Then comes the worst part of it all – actually having to see them in person. If it was a drunken fool, you might not be able to even recognize them since your beer or vodka or wine goggles are off. If it’s an ex-boyfriend, having to see them in person might bring back a host of feelings, such as anxiety, romantic feelings, or the urge to slap them in the face. Not only does returning the hoodie take more effort than getting to your 6:00am spin class, but the subsequent feelings aren’t worth it. Other ways to return the sweatshirt are: giving it to a mutual friend to give to him; dropping it on a doorstep and; sending it via FedEx. 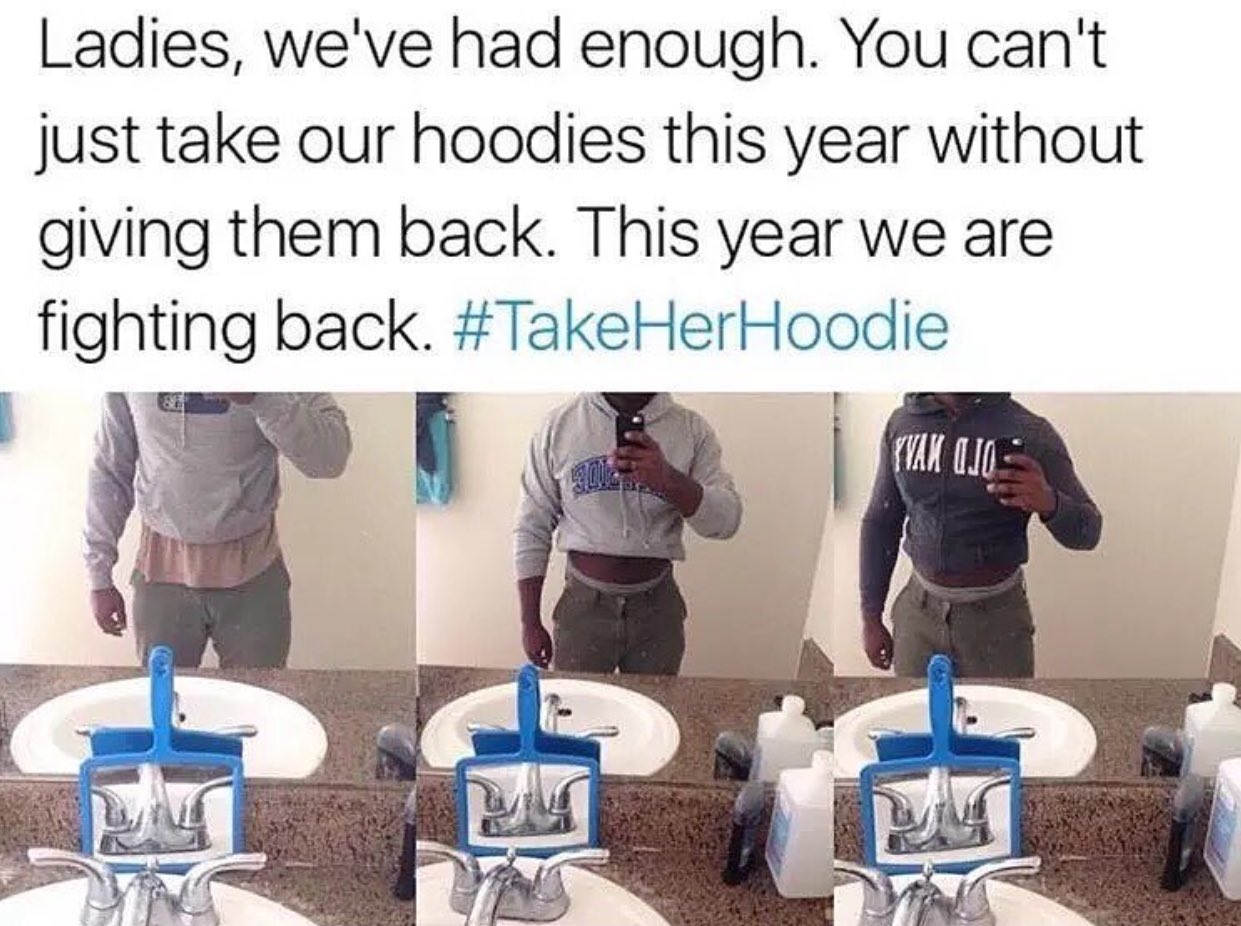 If you choose to return the sweatshirt, more power to ya. The one time I tried to do that, I made my mom leave everything in a bag on my ex’s doorstep because I was too much of a coward. Thanks for that one, Mom! However, any of the other options mentioned (burning, wearing, donating) or anything else that you can come up with are all more than okay, and you have the approval of us here at MyTherapistSays.

Comment down below what you would do with a stolen hoodie! We love you!